Research on the impact of COVID of the first six months of exposure reveal several interesting results. The experience with COVID over the past six months in Canada and elsewhere seems to show that women are affected differently than men. This isn’t just in the way that the virus is making us sick – it’s also in our population’s long-term health and economic prospects.

1. Men are more likely to be hospitalized and die from COVID:

As reported in the EthicScan Blog,  Effect of COVID Worse on Men than Women (September 16), men are proportionately more likely than women to be hospitalized and die from the virus. In the US, for example, twice as many men have been dying from the virus as women. Similarly, 69% of all coronavirus deaths across Western Europe have been male. Similar patterns have been seen in China and elsewhere.

Some explanation may come from recent studies of HIV and hepatitis C which show that women can have a stronger immune reaction to viruses.  Being male may be a risk factor just like other traits that might make one more vulnerable — for example, being older or having certain medical conditions like asthma or high blood pressure.

With stay-at-home orders during lockdown, people with violent partners are at higher risk of abuse but find themselves isolated from helpful people or resources. France saw domestic abuse cases triple in the first week of lockdown, while Australia reported a 75 percent increase in cases and Lebanon saw calls to a local abuse helpline double in March this year compared to last year. While domestic violence can affect men or women, women are the victims in a disproportionate majority of cases.

Reports suggest that lockdowns across the globe have resulted in a huge increase in violence against women. There is a need for better data. The organization Refuge, which runs the national domestic abuse helpline in the UK, reports a 10-fold increase in visits to its website, and two-thirds of survivors responding to a Women’s Aid survey said violence had escalated under lockdown.

3. Women are Being Denied Health Services:

Especially in Africa and parts of Asia, as job losses are exacerbated by climate and pestilence, women are seeing decline in services and jobs. Family planning organization Marie Stopes has estimated that 9.5 million women and girls worldwide were at risk of losing access to their contraception and abortion services in 2020 due to the pandemic.

Experts are predicting a deepening childcare supply crisis, and the Fawcett Society estimates that 150,000 providers could go out of business. Given that 97% of the childcare workforce are female, the sector risks being a double hit, said Neil Leitch, the chief executive of the Early Years Alliance. “The early years sector was already operating on a hand to mouth basis after years of inadequate government funding. The fear [now] is that many providers will close their doors permanently.”

Men out of work or working from home may be measurably increasing their childcare roles. According to new research from the Office for National Statistics, British men are doing less unpaid labour than women by at least an hour each day, but they are increasing their responsibilities. That could be transformative, says Suzy Levy, the managing director of The Red Plate consultancy. “For men working from home for the first time, COVID-19 has given them a taste of what life could be like. They are actually seeing their children and they are understanding the loss of what they had before.”

A study by Michèle Tertilt in Germany looked at heterosexual couples, 8-12% of whom may be thrown into reverse gender roles by lockdown. “Think of a couple where she is a medical doctor on the front lines, and the husband has an office job that is possible to do by telecommuting,” she says. “In such a couple, it is very likely that he will suddenly be the main childcare provider. She is at the hospital and he is at home telecommuting and somehow watching the kids.” Given that in the United States 60% of childcare is provided by women, Tertilt finds, this could lead to a sizeable shift.

These changes in care can lead to lasting effects down the road, notably in countries such as Germany and Sweden where introducing paternity leave policies increase the level of involvement of fathers in their children’s care. “Based on that, I would infer that, if lockdown lasts only a month or two, I think there will be long-term effects,” says Tertilt. “If it lasts longer, the effects might be larger.”

Some pregnant healthcare workers say they have been pushed into working during the crisis, while others have complained of being laid off. Joeli Brearley, the founder of Pregnant Then Screwed, is fearful of a rise in discrimination, as a result of which 54,000 women a year already lose their jobs. “In times of crisis, employers tend to revert to conventional ways of working. Pregnancy is considered a burden, while mothers are seen as distracted and less committed,” she said. “We are seeing a blatant erosion of employment rights for pregnant women during this crisis, and it’s going to get a lot worse before it gets better.”

Job losses don’t equally affect women and men across the board, which is in part due to the unique circumstances of this particular COVID-inspired economic downturn that is quite unusual and different from a typical recession. In the US, 1.4 million people became unemployed in March, the largest spike since 1975. Women have been harder hit than men, with a 0.9% increase in unemployment compared to a 0.7% increase for men.

In previous recessions, men were often hit harder than women in terms of unemployment. This is because more men work in industries that are closely tied to economic cycles – such as construction and manufacturing. Women, conversely, dominate more in industries not tied to such cycles, such as health care and education. COVID unemployment is different.

As reported in EthicScan blog, Dialogue to shape the future of work, (May 9) the pandemic has drawn a beleaguered society’s grateful attention to socially-valued front line workers like health-care providers, drivers, restaurant service staff, child-care workers, and grocery clerks. Many of these essential jobs are filled by women. As noted in EthicScan Blog, COVID-19 and Re-Thinking Work (April 21) it is entirely likely that there will be future lockdowns and need for hero workers in response to future pandemics. This may well be just the shape of things to come.

2. Career Options Stifled for a Generation:

Many working women in Canada and the United States are facing a decision about whether or not to give up career advancement in favour of assuming principal parenting responsibilities for younger children. Whether that choice is willing or unwilling doesn’t change the enormous longer-term effects on workforce composition, women’s future goals, conception rates, and relationship stress.

The coronavirus pandemic is having a devastating effect on gender equality and could set women back decades, experts have said on the eve of the 50th anniversary of the Equal Pay Act.  In a week during which it was revealed that women are bearing the brunt of extra childcare and housework and are losing jobs in greater numbers than men, campaigners, politicians and work experts said a dearth of female voices at the heart of government also risks putting 50 years of progress into reverse.  “In my view women’s workplace equality will have been set back decades by this crisis unless government intervenes to avert it,” said Sam Smethers, the chief executive of the Fawcett Society. “We’re looking at the prospect of a two-tier workplace where men go back and women stay home. It’s taken us 20 years to get this far on female participation in the workforce, but it could take only months to unravel.”

Women have often been excluded from biomedical research. Historically, that was meant to protect women of childbearing age who might be pregnant, but over time it became scientific dogma that men and women’s bodies, other than their reproductive systems, basically weren’t that different. But recent research into sex hormones like testosterone and estrogen seem to validate their importance in modulating the immune response, says Veena Taneja of the Mayo Clinic, who studies differences in male and female immune systems.

Some of that research focuses on chromosomes. Women have two copies of the X chromosome, while men have only one. The X chromosome has lots of immune-response genes. While women’s extra X chromosome is generally silenced”, she says, “almost 10% of those genes can be activated. Many of those genes are actually immune-response genes. That makes it possible that women get a “double-dose” of protection — although it’s still too soon to know exactly how all this might play out in the context of diagnosis and treatment of [women battling] COVID-19”.

Two sectors expected to be hardest hit in a post-COVID world are hospitality and retail, both of which employ significant numbers of female workers. “Women started this crisis from a position of economic disadvantage,” said Dr. Sara Reis, the head of research and policy at the UK Women’s Budget Group. “We’re worried the impact on women’s earnings and employment prospects will widen existing gender inequalities, not least the gender wage gap. A shift to flexible work patterns could create a more equal playing field for some working parents. There’s no going back, the genie is out of the bottle.”

Tertilt found to her surprise that more men had jobs that were telecommutable than women – at 28% for men versus 22% for women. But with data from the Resolution Foundation showing that only one in 10 lower earners are able to work from home, and 69% of low earners are women, home-based work is not a panacea for women, said the TUC general secretary, Frances O’Grady. “Working women have led the fight against coronavirus, but millions of them are stuck in low paid and insecure jobs. We need a reckoning on how we value and reward women’s work.”

The coronavirus crisis led the government to exempt companies from having to file gender pay gap data this year, and as a result only half did, according to Business in the Community. “It is hugely disappointing to see so many businesses opted out when the legal requirement was lifted, and a worrying sign of attitudes towards gender equality during the crisis,” said Charlotte Woodworth, a gender equality campaign director. Analysis of those that did produce data suggests it will take almost 200 years to close the gap, says Dr. Wanda Wyporska, the executive director of the Equality Trust. “Undoubtedly women are bearing the brunt of this, as they did in austerity when 86% of cuts fell on women,” she said. “There is a cumulative effect which consistently pushes progress back.”

The coronavirus is a more-or-less inanimate piece of floating genetic material that is not capable of active discrimination against women. Females would seem to bear an inordinate brunt of pressures like unemployment, return to work and responsibility for essential hero work and child care during these COVID times. Recent studies from various countries show some comparative short gains but also some longer term challenges for women.

The Mail & Guardian – The impact of Covid-19 on women and their businesses:
https://mg.co.za/special-reports/2020-08-28-the-impact-of-covid-19-on-women-and-their-businesses/ 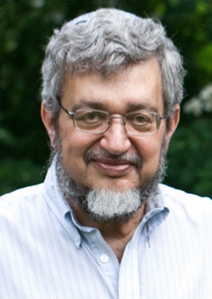 Free Access to Events for Knowledgebase Subscribers:
Get Coupon Codes